In January 2019, The Mission Hills Library moved to its new location at 215 West Washington Street, between Goldfinch and Hawk Streets. The “New” Mission Hills-Hillcrest/Knox Library is more than three times the size of the previous location and has several upgrades such as a community meeting space, a children’s room, garden space and underground parking.

Community organizations were asked to provide guidance on potential uses of the Old Library space. 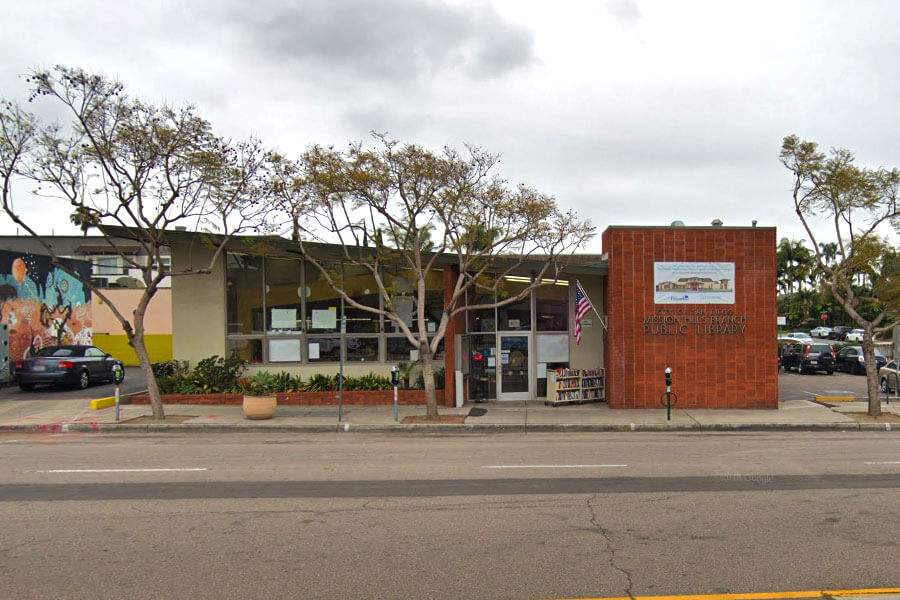 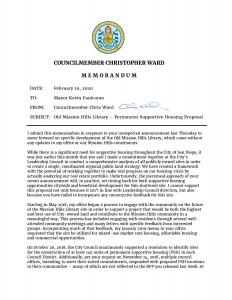 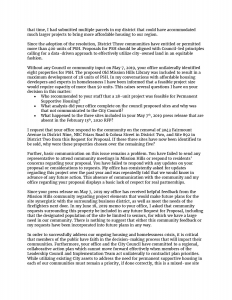 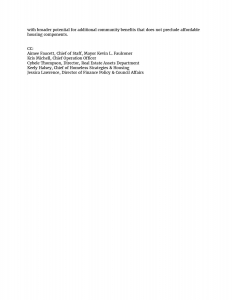 Subsequently, City Council Member Chris Ward released a memo responding to the mayor’s plan. You can view all of the relevant documents on this page.

The Mission Hills Town Council’s most recent communication regarding the Old Library was sent to Mayor Kevin Faulconer on August 11, 2019.

The Mission Hills Town Council would like to see this supportive housing project succeed while also honoring the wishes and concerns of the community in which it will be situated. The community has voiced the sentiments that Permanent Supportive Housing for a senior and/or veteran population is more conducive to a site situated in a pivotal area of our small community near several schools and a public park.

Additionally, Mission Hills residents have requested the first floor be used commercially. The community also has concerns about the current security and maintenance of the Old Library site, now that the building is vacant. In an effort to avoid a derelict building in the main commercial core of the neighborhood, we are requesting that the City of San Diego ensure that the area is fully secured, properly lighted, and regularly maintained throughout the RFP process and subsequent development.

The Mission Hills Town Council sent a letter to Councilmember Ward on 11/30/18 outlining what the MHTC Board of Trustees initially voted to support:

In order to arrive at the key points outlined above, the Town Council led a discussion with members of the community, MHH and BID representatives to discuss potential uses for the site. Community members and local business owners stressed the need for an enterprise that would benefit the community and ensure a thriving public or business use in the existing space so as not to contribute to the problem of vagrancy. Height limitations and architectural integrity were also discussed.

The Board considered the possibilities for maintaining the building as a community asset (meeting spaces, community center, co-working space) noting that some functions could be subsumed by the new library and Grant School expansion. It was advised that the building requires extensive upgrades (new roof, ADA compliance, etc.) and the City of San Diego does not have funding available to perform the upgrades. The Board explored the possibility of the City selling the building or site for development, instead of maintaining the site as a community asset. MHTC agreed that if the site was developed for commercial or mixed-use, preserving the original architectural intent, with original elements and maintaining parking spots for the fire station is preferred. 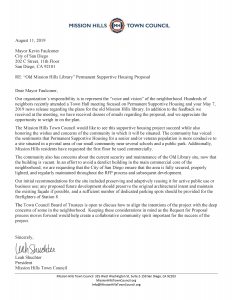 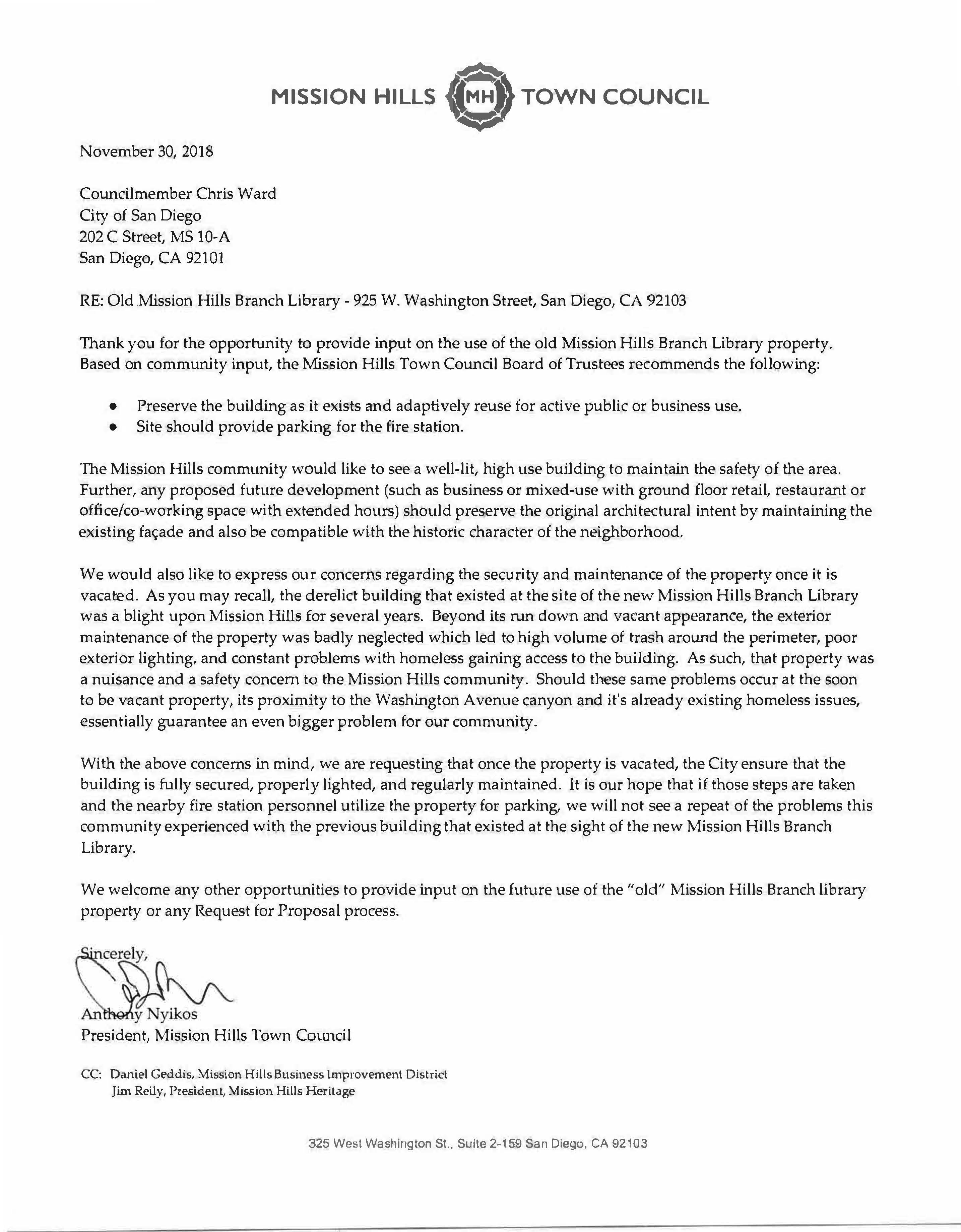 Councilmember Ward’s most recent communication regarding the Old Library was sent on September 1st, 2020. Prior to that, his last memo was on June 18, 2019, both memos reiterate his initial requests for use of the space (see below) and added that, “While utilizing existing City assets to address the need for permanent supportive housing in each of our communities must remain a priority, this is a mixed-use site with broader potential for additional community benefits if done correctly”

Councilmember Ward’s first memo to Mayor Faulconer proposed that the City issue a Request for Proposals for the site to include a mixed-use residential project with the following requests: 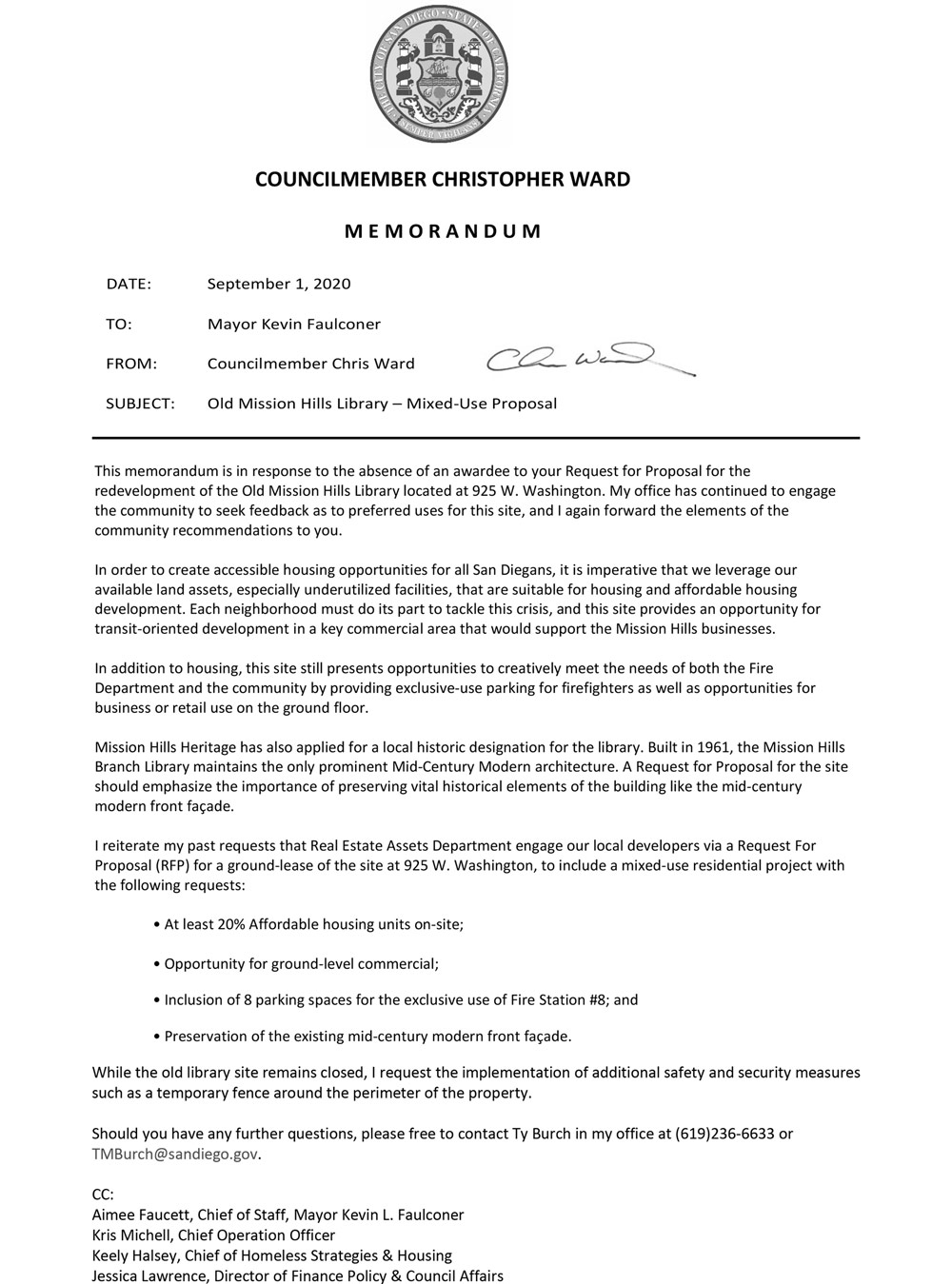 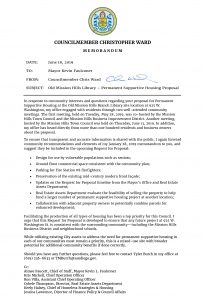 Other community groups including Mission Hills Heritage and the Mission Hills Business Improvement District also weighed in on the potential uses of the space.

The Mission Hills Heritage board of directors unanimously adopted a resolution recommending to the City of San Diego that the old Library building, as an example of Mid-Century Modern architecture and a fixture in the community, be preserved and adaptively reused for a public use, such as a community center.

The Mission Hills Business Improvement District conducted a survey in 2018 to assess the community’s wishes for the site and those results can be reviewed here.

In May, 2019, Mayor Faulconer listed the Old Library as a site for redevelopment into Permanent Supportive Housing.